ORCA presence at the EUCnC 2019

Many visitors have shown interest on ORCA functionality/full-stack offer, and plan to submit a proposal. Meanwhile some ORCA offers were also demoed at the ORCA booth of EuCNC 2019. Our guests from academy and industry had many fruitful discussions on the demos with ORCA project people.

TUD and KUL presented the 16 beam antenna array operating at 26 GHz, where they demonstrated a video transmission with the real-time GFDM system operating with the NI-USRP RIO and 26 GHz frequency band. The experiment consisted of a LoS and a non LoS transmission depending on the transmit and receive beams, such that the visitors could experience the beam steering functionality of this ORCA offer.

NI presented a demo of the Multi-RAT Experimentation Platform. The demonstration is built upon network simulator ns3 with a full end-to-end network topology that consists of a simple internet model as well as LTE and WiFi radio access networks. This environment was enhanced with an interface towards the software-defined radio system of National Instruments, including USRP-2974 as hardware platform and FPGA-based real-time implementations of physical layers of LTE and WiFi. The combination of ns3s end-to-end network simulation with prototyping and experimentation oriented SDRs makes real-world experiments as easy as simulation.

imec demoed the open source and free full-stack SDR Wi-Fi design — “openwifi”. Live video streaming demo was shown over SDR Wi-Fi and commercial Wi-Fi to demonstrate that openwifi achieves interoperability with commercial Wi-Fi. The openwifi is compatible with Linux mac80211 Wi-Fi framework, so the SDR NIC (Network Interface) can be accessed as standard Wi-Fi card in Linux which is wireless network researcher friendly. Besides the standard Linux Wi-Fi functionality, ORCA also offers a program to access advanced features of openwifi in real-time, such as air time slicing. 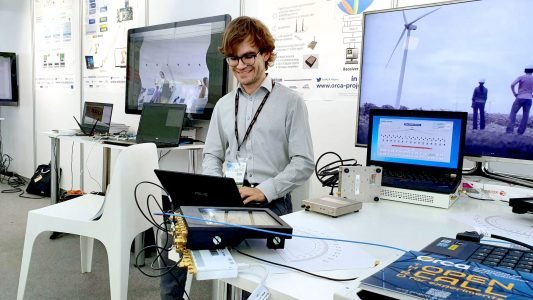 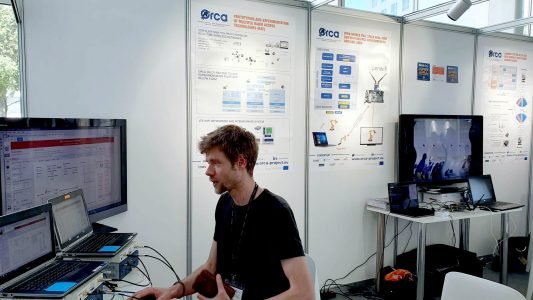 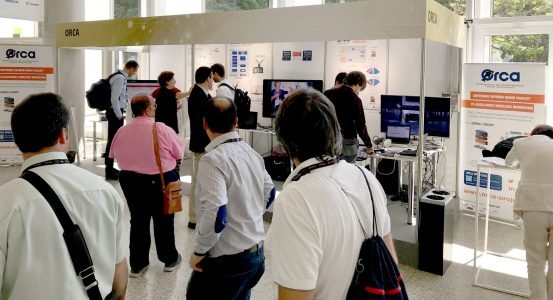